The cave of Psychro is one of the most important cult places of Minoan Crete. The use of caves as cult places was one of the basic characteristics of the religious beliefs of the ancient Cretans. Cult practice probably begins in the Early Minoan period (2800-2300 BC) - although in the antechamber are preserved traces of an even earlier occupation - but the most important finds date from the Middle Minoan period (1800 BC) and later, as it was used for many centuries, until the Geometric (8th century BC) and the Orientalising-Archaic period (7th-6th century BC). The finds prove that it was visited until as late as the Roman period. Pilgrims dedicated many offerings, such as figurines of humans, gods, animals, double axes etc. The excavators and several scholars identify the cave as the famous "Diktaian Cave", where Zeus was born and brought up with the aid of Amaltheia and the Kouretes, and which is connected with myths as this of the seer Epimenides who "slept" here, or the coupling of Zeus with Europa.
In the last decades of the 19th century, inhabitants of the area found ancient items inside the cave; this fact led in 1886 the archaeologists Joseph Chatzidakis and F. Halbherr to the site, where they conducted an excavation, but not on a large scale. The cave was also investigated by A. Evans in 1897, by J. Demargne, and by G. Hogarth in 1899, but systematic excavation has not taken place yet. The finds uncovered during legal and illegal excavations were almost all published in 1961 by J. Boardman.
At 1,025 m. a.s.l., a steep path leads up to a plateau in front of the narrow entrance to the cave. On the right side is an antechamber (42 x 19 m.) with a rectangular altar, 1m. high, built of field stones; this area yielded Neolithic potsherds, Early Minoan burials (2800-2200 BC), and offerings of the Middle Minoan period (2200-1550 BC). In the northern part of the antechamber, at a lower level, a chamber is formed, which included an irregular enclosure with patches of roughly paved floor, forming a sort of a temenos.
The large hall (84 x 38 m.) has an inclined floor and a small chamber opening to the left end; one of its niches is called the "cradle" of Zeus. A larger chamber (25 x 12 m.) formed on the right side is divided into two parts: one has a small pool, and the other a very impressive stalactite, known as "the mantle of Zeus". Inside the main chamber had been deposited many offerings, mostly bronze figurines and sheets, daggers, arrowheads, and double axes. 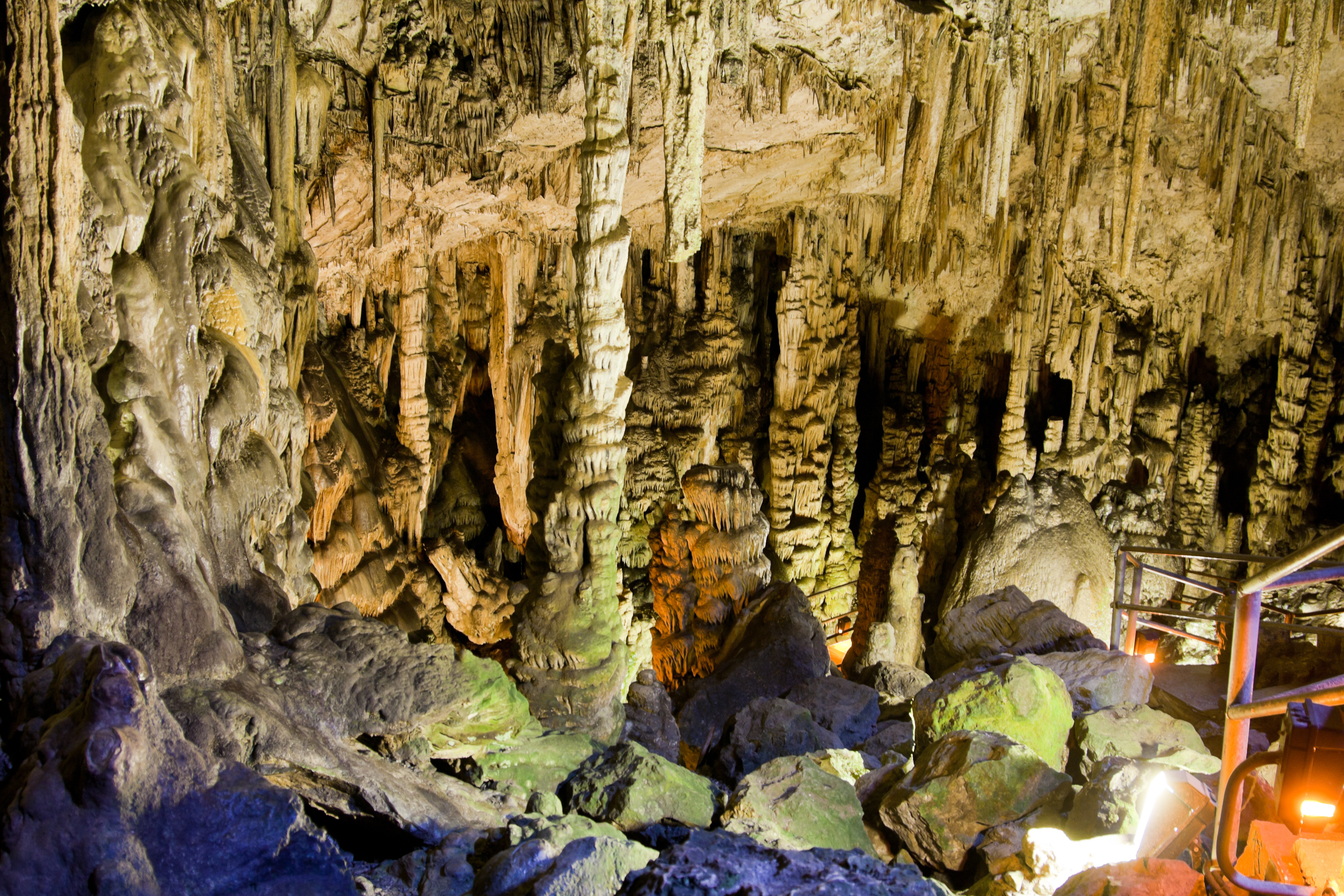 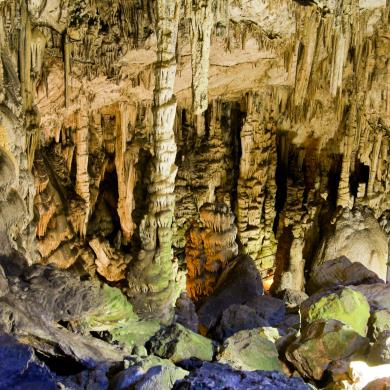 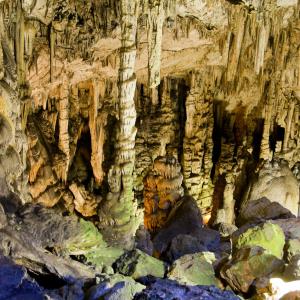