Archaeological Site of Ancient Mantineia - The little theater of Mantineia delimits the west side of the agora; its cavea was formed on a man-made fill

Archaeological Site of Ancient Mantineia, Church of Agia Fotini - inside the church there are icons of mythological themes, but in a christian perspective

Archaeological site, Cultural heritage
Address: 22100 MANTINIA , ARCADIA , GREECE
URL: http://odysseus.culture.gr/h/3/gh351.jsp...
The town of ancient Mantineia with its walls, towers, agora, theatre and the rest public buildings, was founded at the plain of Mantineia in Geometric and Archaic period, while in prehistoric times it was situated on the acropolis "Gortsouli". There, prehistoric structures and quite important sanctuaries of historic times, have been revealed. In Roman period the site was called "Antigoneia".
Today the site in its full extent has been officially recognised state property and archaeological area. Systematic excavations at Mantineia were conducted by the French Archaeological School At Athens, at the beginning of the century. They revealed the ancient theatre, dated to the end of the 4th century B.C., the Bouleuterion and the Agora of Hellenistic and Roman date. Quite recently, excavations conducted by the Greek Archaeological Service under the direction of Dr. Th. Karagiorga and Dr. Th. Spyropoulos on the sites of "Gortsouli" and " Tripehi", brought into light sanctuaries of historic period.

The most important monuments of the site are:
•The ancient theatre of Early Hellenistic date (4th/3d century B.C.).
•The Bouleuterion
• Remains of the ancient Agora with sanctuaries of Podaris.
•Baths of Roman date. 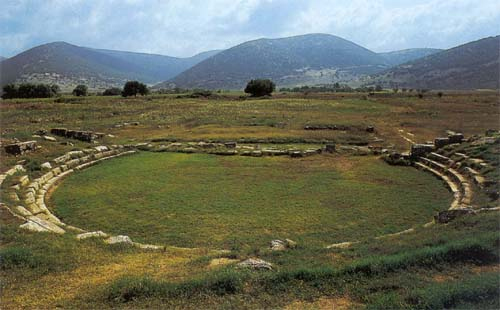 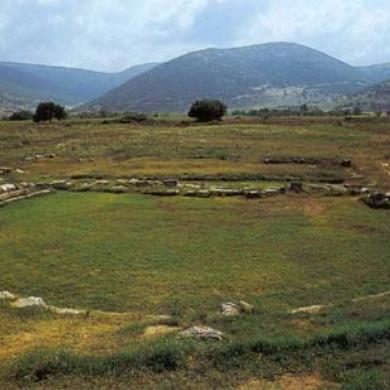 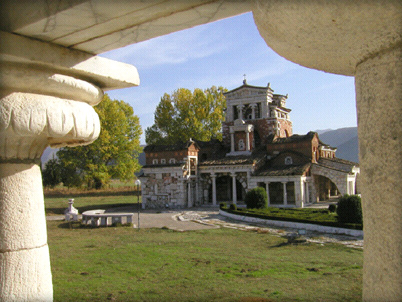 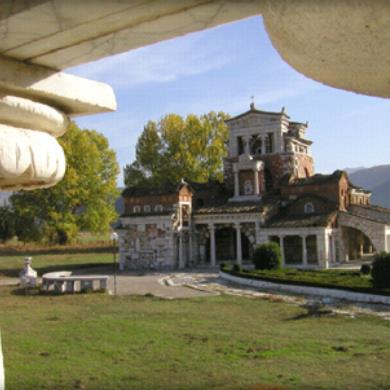 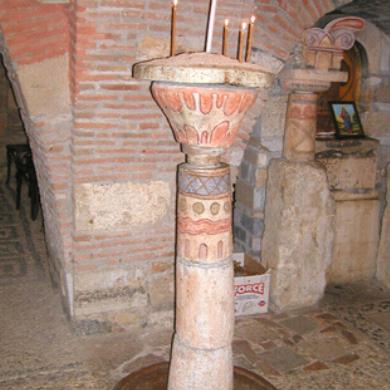 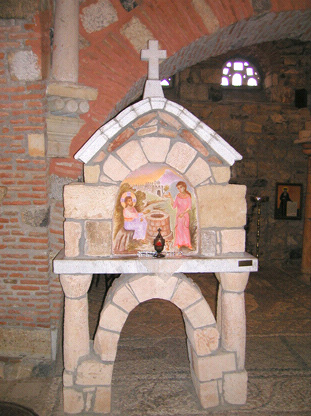 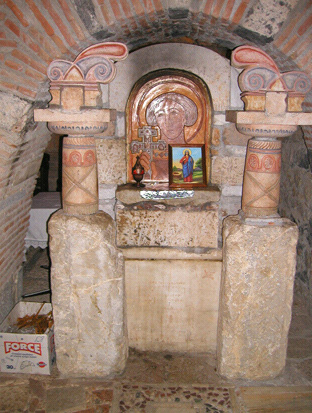 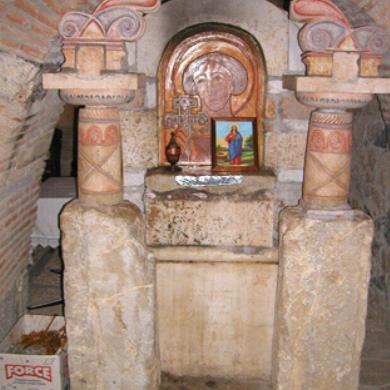 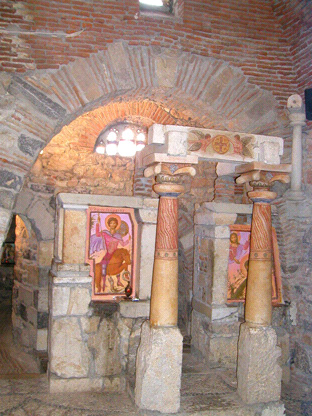 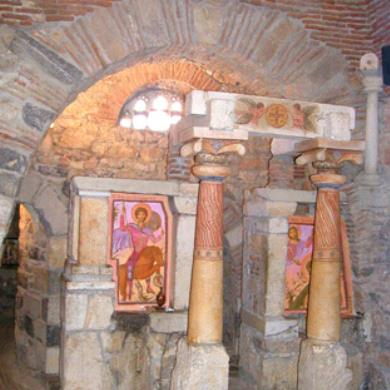 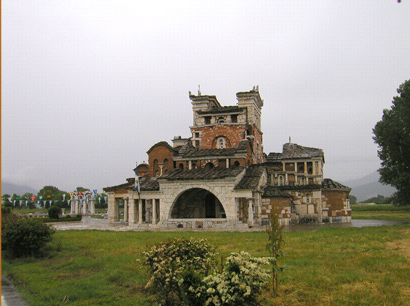 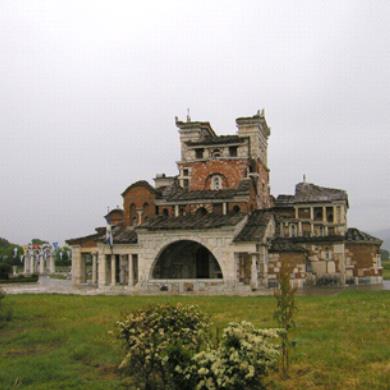 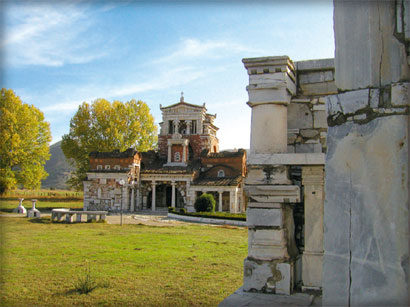 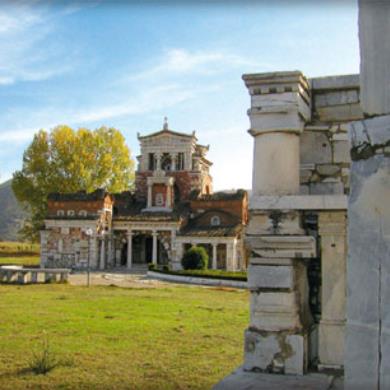 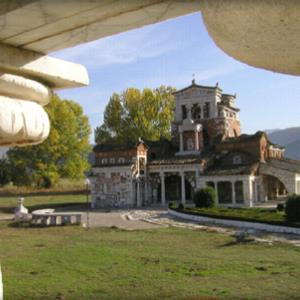 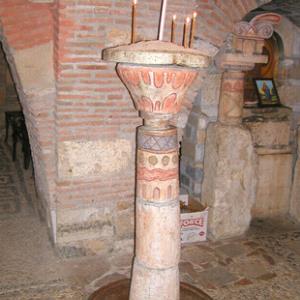 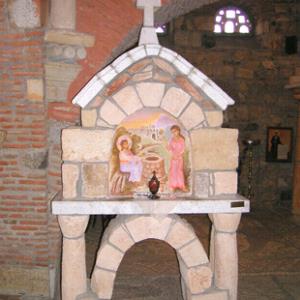 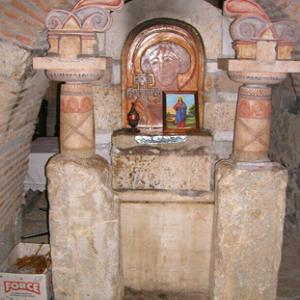 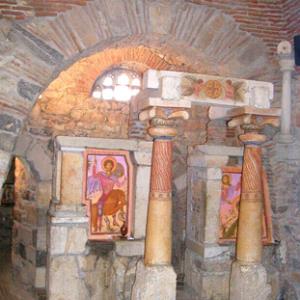 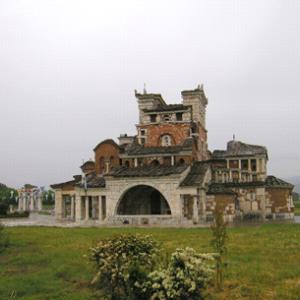 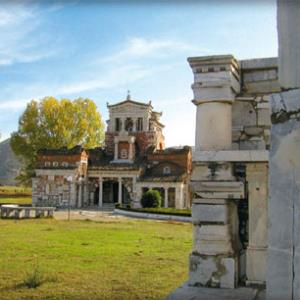