Castles & Fortresses, Cultural heritage
Address: 85300 KOS , DODEKANISSOS , GREECE
URL: http://odysseus.culture.gr/h/2/eh251.jsp...
It is situated in the entrance of the Kos harbour on a place where, in antiquity, there was an island, communicating with the inland through a brigde, that's still preserved today (the bridge of the Phoenicians' street). It is formed of two defensive precincts. The interior one has four circular towers in the corners; the southeastern tower forms part of the exterior precinct, which is larger than the first, with massive bastions on the four corners, battlements and gunports. The two precincts are separated by a large moat and communicate with a drawbridge.
The castle was built of local stone as well as parts of ancient buildings (columns, architraves, bases etc.) from the ruins of the ancient city. On the upper part of its masorry, one can see many blazons.
Over the main gate one sees an hellenistic frieze with masks and garlands. On the gates' ceiling (central gate, Carmadino gate) there are basalt columns placed obliquely, which come probably from the early christian basilica of Limen.
From travellers' descriptions, we know that the interior precinct was built a little before the end of the 14th century when the sultan Bayazit I was attacking the city. The oldest remaining part of the castle is the circular tower to the left of the draw bridge, through which the two precincts communicate, and bears the blazons of two Grand Masters: De Lastic (1437 - 1454) and de Milly (1454 - 1461). The exterior precinct is posterior to the interior, its construction began in 1495 by the Grand Master D' Aubusson, continued by D' Amboise and completed by Del Carretto in 1514.
On the northen side, between the two precincts, there was a warehouse made by the knights; it was restored during the Italian occupation and today it is used as a museum, where one can see altars, sculpures and inscriptions. 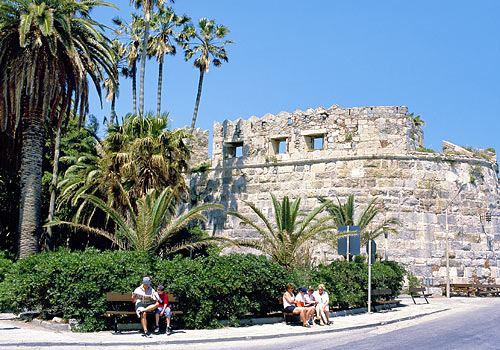 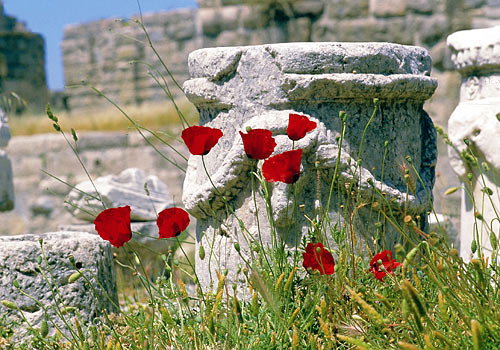 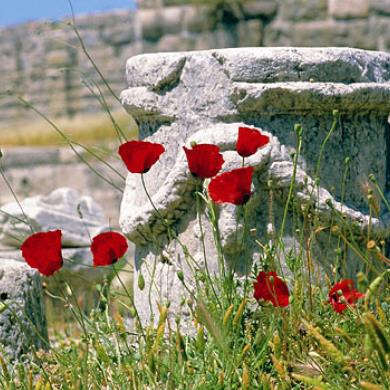 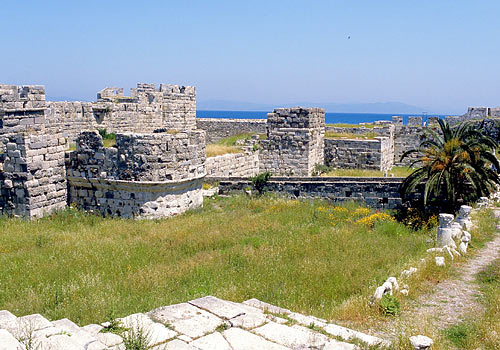 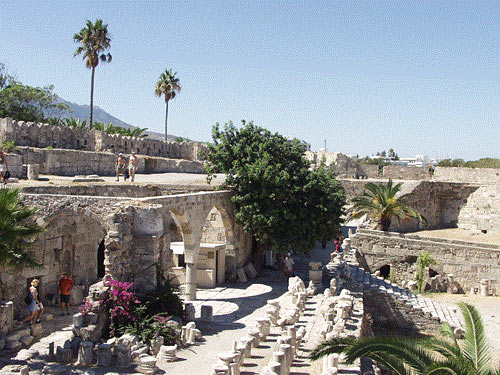 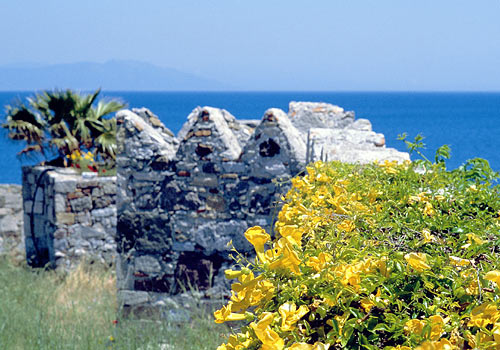 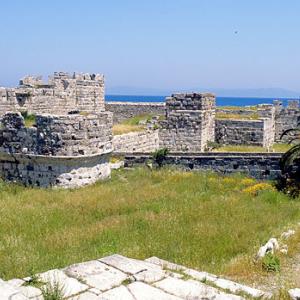 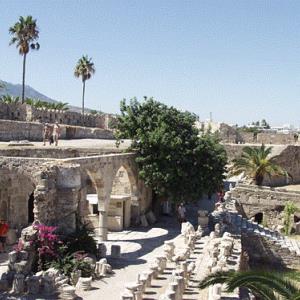