The temple of Artemis, a doric prostyle temple, is one of the monuments that are located within the Sanctuary of the Brauronian Artemis.

Temporarily closed, due to restoration works

Archaeological site, Cultural heritage
Address: 19003 VRAVRONA , ATTICA, EAST , GREECE
Tel.: +30 22990 27020, 27340
URL: http://odysseus.culture.gr/h/3/gh351.jsp...
The Sanctuary of the Brauronian Artemis is one of the earliest and most revered of the sanctuaries of Attica. An important settlement was established at the inner end of the bay of Brauron during the Neolithic period. It flourished particularly from Middle Helladic to early Mycenaean times (2000-1600 B.C.). During the historical times this was the region of the little deme of Philaidai. The Brauronian Artemis was worshipped as the goddess of vegetation and hunting, but also as the protector of women in child-birth and of the infants. As priestess of Artemis, Iphigeneia dies and is buried in Brauron where she too is honoured as a goddess of child-birth. The sanctuary of Artemis was rural in character and was renowned for the Brauronian festival held every four years when a procession was made from the Brauronion of Athens to the sanctuary at Brauron. Systematic excavation of the sanctuary began in 1948 under the direction of Ioannes Papadimitriou.
The most notable monuments of the site are:
• The big doric stoa with a Π - shaped ground plan. It was built between 425 and 415 B.C. and it framed the big closed interior courtyard which opened toward the temple of Aphrodite. The stoa was restored during the years 1950-60 by Professor Ch. Bouras.
• The temple of Artemis. A Doric prostyle temple with a tripartite cella and deep adyton, built on the site of an earlier archaic temple. It dates to the first half of the 5th century B.C.
• The temple or heroon of Iphigeneia. It was built at the site of the Sacred Cave which was connected with the tomb and the worship of Iphigeneia, when the roof of the cave collapsed. The earliest cult evidence goes back to the 8th century B.C.
• The stone bridge over the river Erasinos. 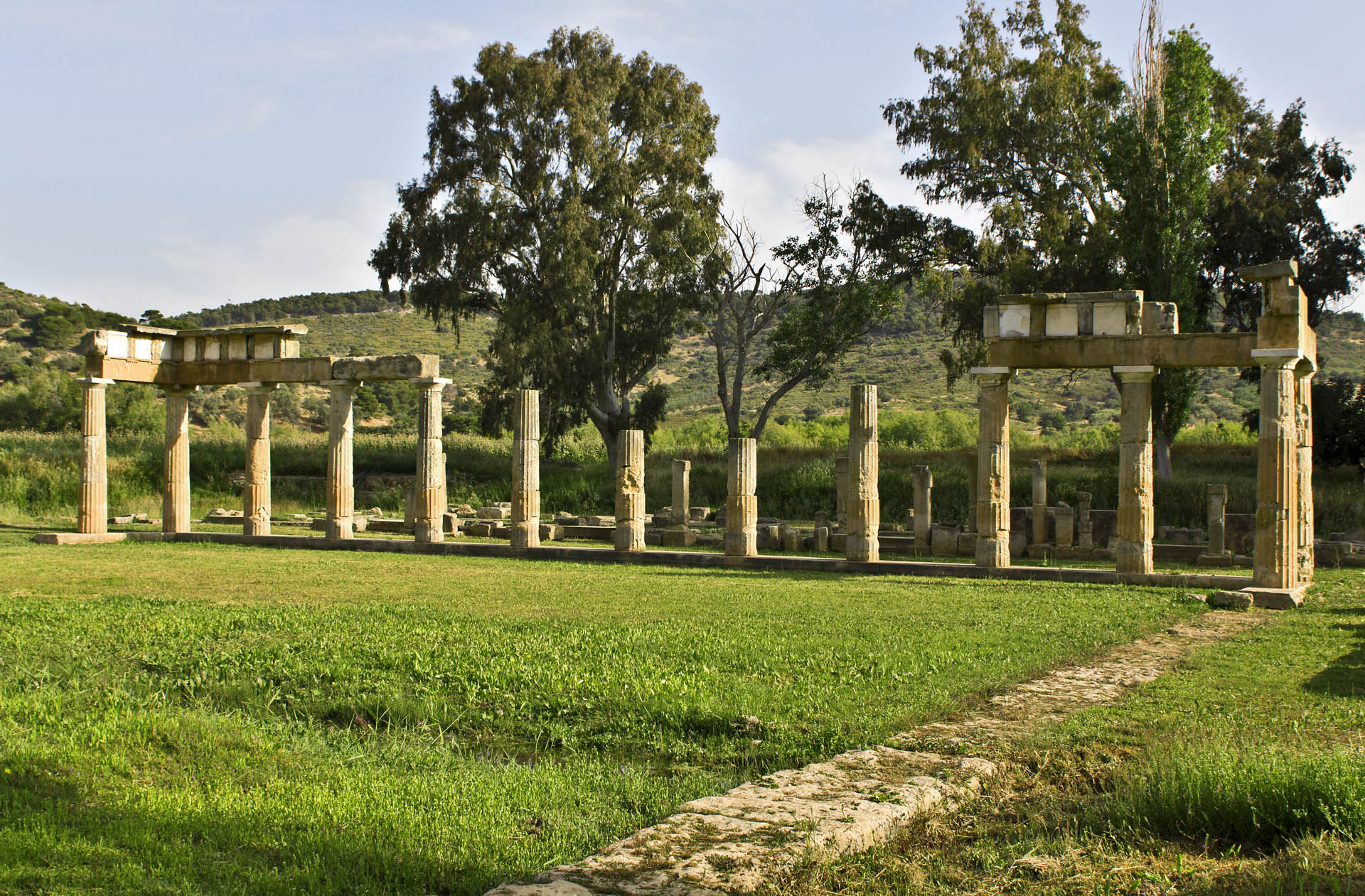 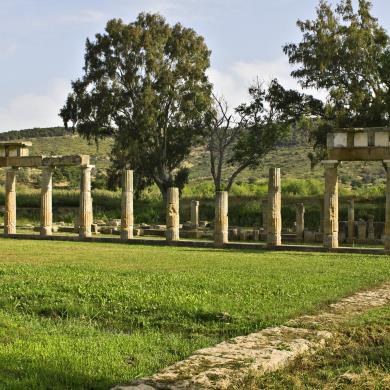 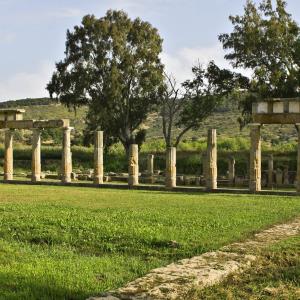