Large building measuring 111 x 98 m., comprising a spacious rectangular courtyard surrounded by stoas, shops and storerooms. It has an east, Ionic propylon and a west, Doric propylon, known as the Gate of Athena Archegetis.
It was built between 19 and 11 B.C. with a donation of Julius Caesar and Augustus. During the reign of Hadrian the court was paved with slabs. After the invasion of the Herulae in A.D. 267 the city of Athens was restricted to the area within the Late Roman fortification wall, and the administrative and commercial centre of the city was transferred from the Ancient Agora to the Roman Agora and the Library of Hadrian. During the Byzantine period and the Turkish occupation the area was covered with houses, workshops and churches along with the Fethiye Mosque.
After the necessary purchase and demolition of the private houses and other buildings covering the area, a series of excavations was carried out by the Greek Archaeological Society (in 1837-45, 1890-91, 1920 and 1930-31), by the Italians (in 1940-42), by An. Orlandos and P. Lazarides (in 1963-64) and by the 1st Ephorate of Antiquities (in 1955, 1965-66, 1968, 1984-85, 1989 and 1991).
The most important monuments of the site are:
• The Gate of Athena Archegetis. It stands on the west side of the Roman Agora. The monumental entrance has a row of four Doric columns and a socle made of Pentelic marble. It was constructed in 11 B.C. with the donations of Julius Caesar and Augustus and was dedicated by the People (Demos) of Athens to their patroness, Athena Archegetis.
• The East Propylon. The east entrance to the Roman Agora had a row of four Ionic columns made of gray Hymettian marble. It was built in 19-11 B.C.
• The Fethiye Djami. The Turkish mosque lies on the north side of the Roman Agora. It was constructed in 1456 A.D. on the ruins of an Early Christian basilica.
• The Agoranomion. Rectangular building to the east of the Roman Agora, dated to the 1st century A.D. It preserves the facade which had three doorways with arched lintels and a broad stairway. An inscription on the architrave mentions that the building was dedicated to the Divi Augusti and Athena Archegetis. It might be identified with the Sevasteion, that is, a building for the worship of the emperor.
• The public latrines (Vespasianae) were housed in a rectangular building and consisted of an antechamber and a square hall with benches bearing holes on all its four sides, and a sewing pipe underneath. Dated to the 1st century A.D. 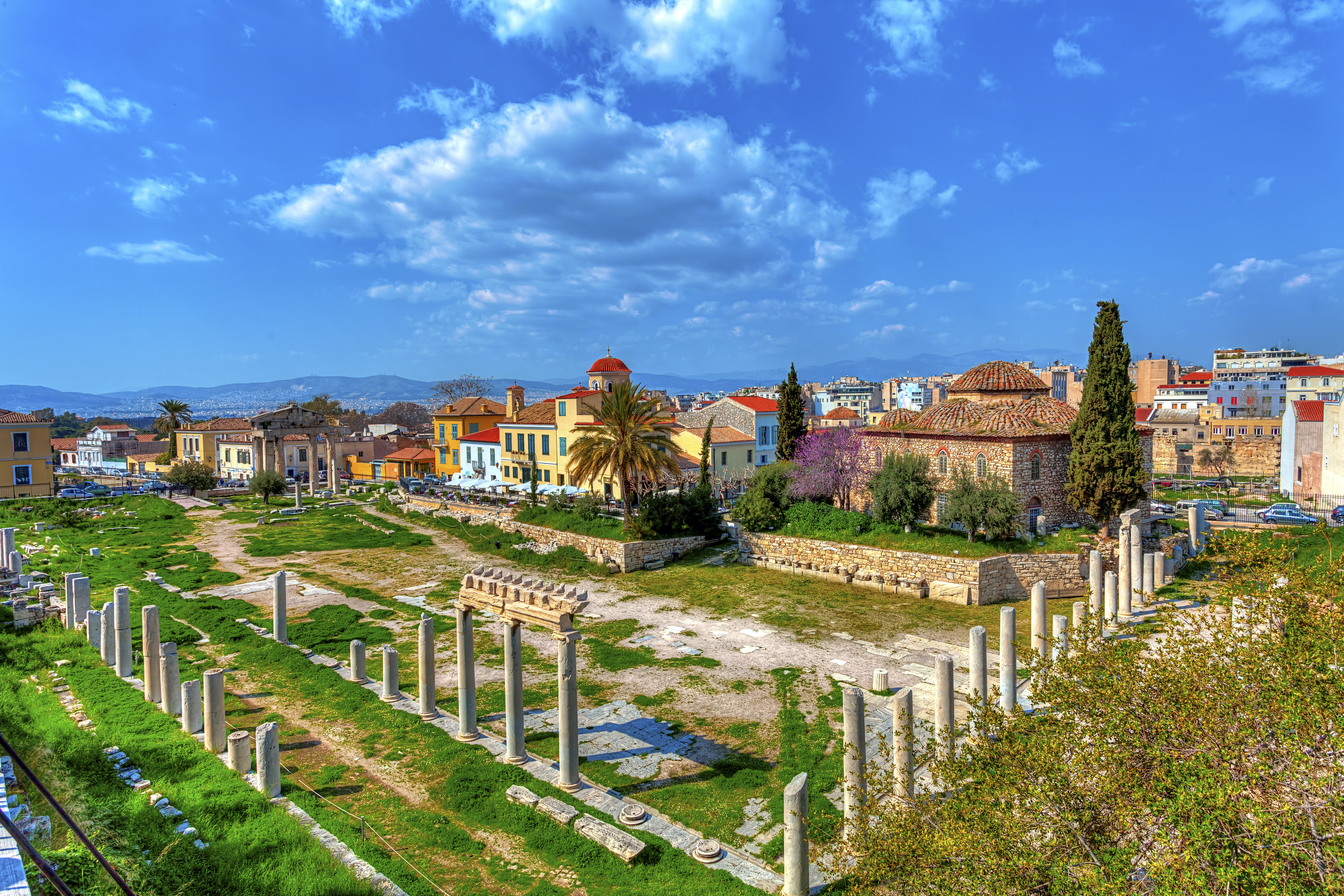 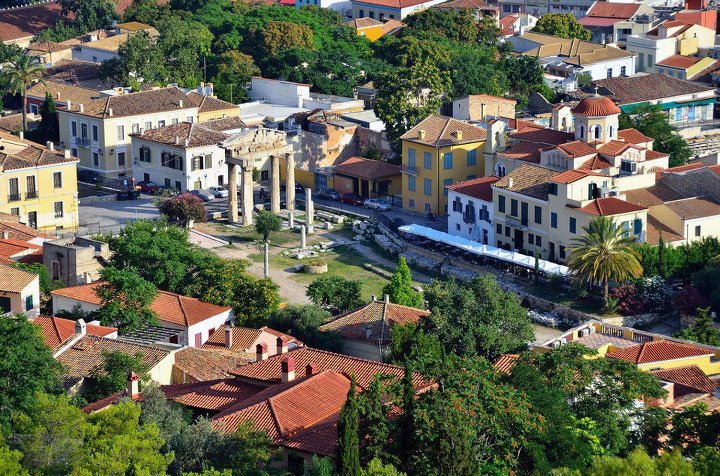 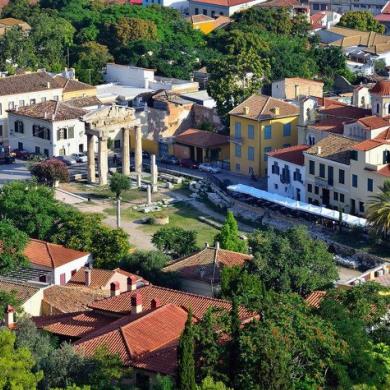 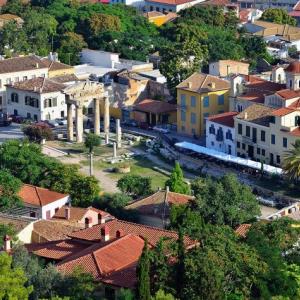