The Museum of Greek Folk Art belongs to the state and comes under the Ministry of Culture. It was founded in 1918 by the poet Georgios Drosinis under the name "Museum of Greek Handicrafts" and was housed in the Tzami. In 1923 it was renamed the "National Museum of Decorative Arts"; it was given its present name in 1959.
Anna Apostolaki was the director of the Museum of Greek Folk Art from1935 to 1953. From 1956 until 1980 it was under the direction of Popi Zora.
Until 1973 the Museum was housed in the Tzami in Monastiraki Square. Its main functions were then transferred to the building at Kydathinaion 17 in Plaka.
There are Museum Annexes in the Tzami, where the "V. Kyriazopoulos Collection of Folk Pottery" is now housed, the building at Kyrrestou 8, known as the "Bath-House of the Winds", and the building at Thespidos 8 in Plaka.
The Museum of Greek Folk Art comprises:
•The Exhibition rooms (permanent and periodic exhibitions).
•The Administrative Services.
•The Library, containing 5000 volumes, chiefly on folk art, ethnology and museology.
•The Archives (Photographic, Film, Sound).
•The Photographic Archive contains negatives and transparencies of the objects in the museum collections and of subjects in Greece (objects - monuments, occupations, etc.).
•The Educational Programme Section.
•The Conservation Laboratory for museum objects, staffed by specialists in the conservation of fabrics and different materials, especially wood and metal. The responsibilities of the Laboratory include all work and activities connected with the preventive and active conservation, restoration and protection of the Museum collections, and also the documentation and publication of the conservation work.
•Parenthetically, the Society "The Friends of the Museum of Greek Folk Art" (1989) assists in furthering the various objectives of the Museum and is responsible for the operation of the Museum Shop.
The Museum of Greek Folk Art has a long tradition of contacts with the public for the purpose of promoting the Greek traditional culture and making it known to the public at large. These contacts are fostered by:
•Travelling and Periodic Exhibitions. In the sector of travelling exhibitions, the Museum of Greek Folk Art played a leading part by organising in 1977 the "Travelling Exhibition", which toured abroad in many countries of Europe from 1978 until 1985 displaying 150 unique museum objects, mainly representative of modern Greek culture. Furthermore, Periodic Thematic Exhibitions were organised within the Museum.
•Various activities connected with seasonal customs (Christmas, Carnival, etc.) or thematic groups (weaving, dance and music, marriage).
•Educational Programmes. The Museum of Greek Folk Art is the first state Museum to have organised educational programmes since 1981, which have proved a great success.
•Organisation of Seminars and Conferences.
•Publication of scientific books and catalogues.
Another important contribution of the Museum of Greek Folk Art has been its collaboration with the local folk art museums in the areas of research, exhibitions, conservation, etc.
In the field of research, which is largely concerned with the study and investigation of Greek traditional culture, the Museum of Greek Folk Art collaborates with related academic institutions and organisations (Universities, Research Centres, Museums) for the realisation of its research projects. In this context the Museum created in 1989, in collaboration with the Peloponnesian Folklore Foundation and the Lyceum of Greek Women, and under the aegis of the Department of Folk Culture of the Ministry of Culture, the National Archive of Greek Traditional Costume.
The Museum owns rich collections of objects representing all branches of folk art:
Embroidery
Weaving
Costumes
Masquerades
Shadow Theatre
Silverware
Metalwork
Pottery
Woodcarving
Folk Painting (works of Theophilos Hatzimichail)
Stonecarving
The collections of the Museum of Greek Folk Art date from 1650 until today. 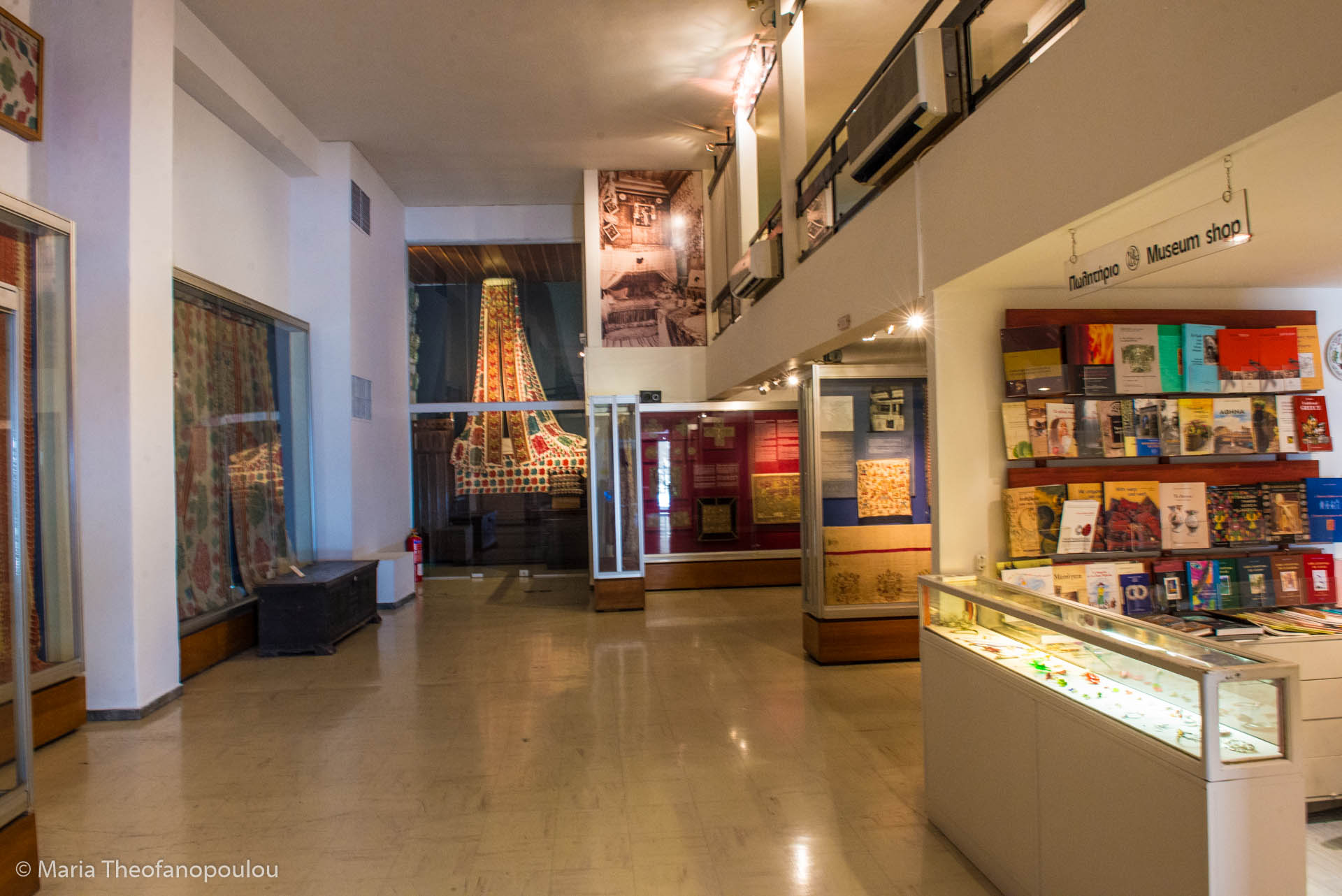 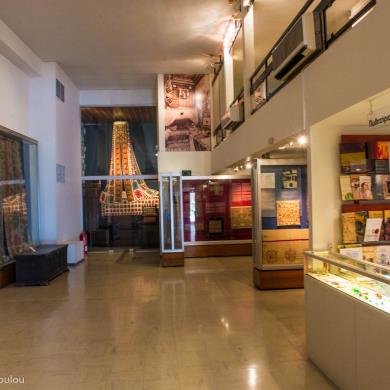 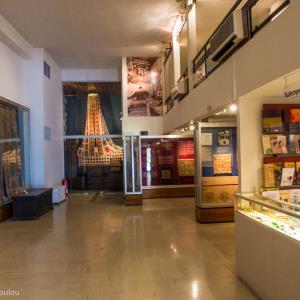