Standing on seven green hills rooted in the heart of the Aegean, spreads the city of Mytilene with a history which begins in the third millennium B.C.
Contemporary Mytilene with a population of thirty thousand is built on the ruins of the ancient namesake city, the birthplace of leading intellectual personalities throughout the centuries.
The greatest lyrical poets of all times were born here, Sapho (700-600 B.C.) and Alcaeos (640-560 B.C.) as well as Pittacos one of the Seven Sages of antiquity.
The intellectual tradition continues to modern days with Odysseas Elytis (1911-1996) winner of the 1979 Nobel Prize for literature.
A walk through the picturesque neighbourhoods, the Promenade and the traditional commercial street (Hermou) from the Ancient Port in Epano Skala to Kioski and Sourada will convince the visitor of the warm hospitality of the natives and he will admire the exquisite, preserved historical Mansions of various architectural styles.
The city is adorned with imposing churches, most distinguishing among them the Metropolis Cathedral with the 33m. gothic steeple built in the 17th century and the domed church of St. Therapon (1880).
Of much interest is the Monastery of St. Rafael just 12Klm. from Mytilene nesteled in the olive groves of Karyes, Thermi.
Mytilene is the headquarters of the Ministry of the Aegean and the University of the Aegean. The city has an international airport and harbour which connect the island with Athens, Peraeus, Thessaloniki, Volos, Kavala, Alexandroupoli and the islands of Limnos, Chios, Samos, Icaria, Kos, Rhodes, Crete, e.t.c.
This text (extract) is cited June 2003 from the Tourism Committee Municipality of Mytilini tourist pamphlet. 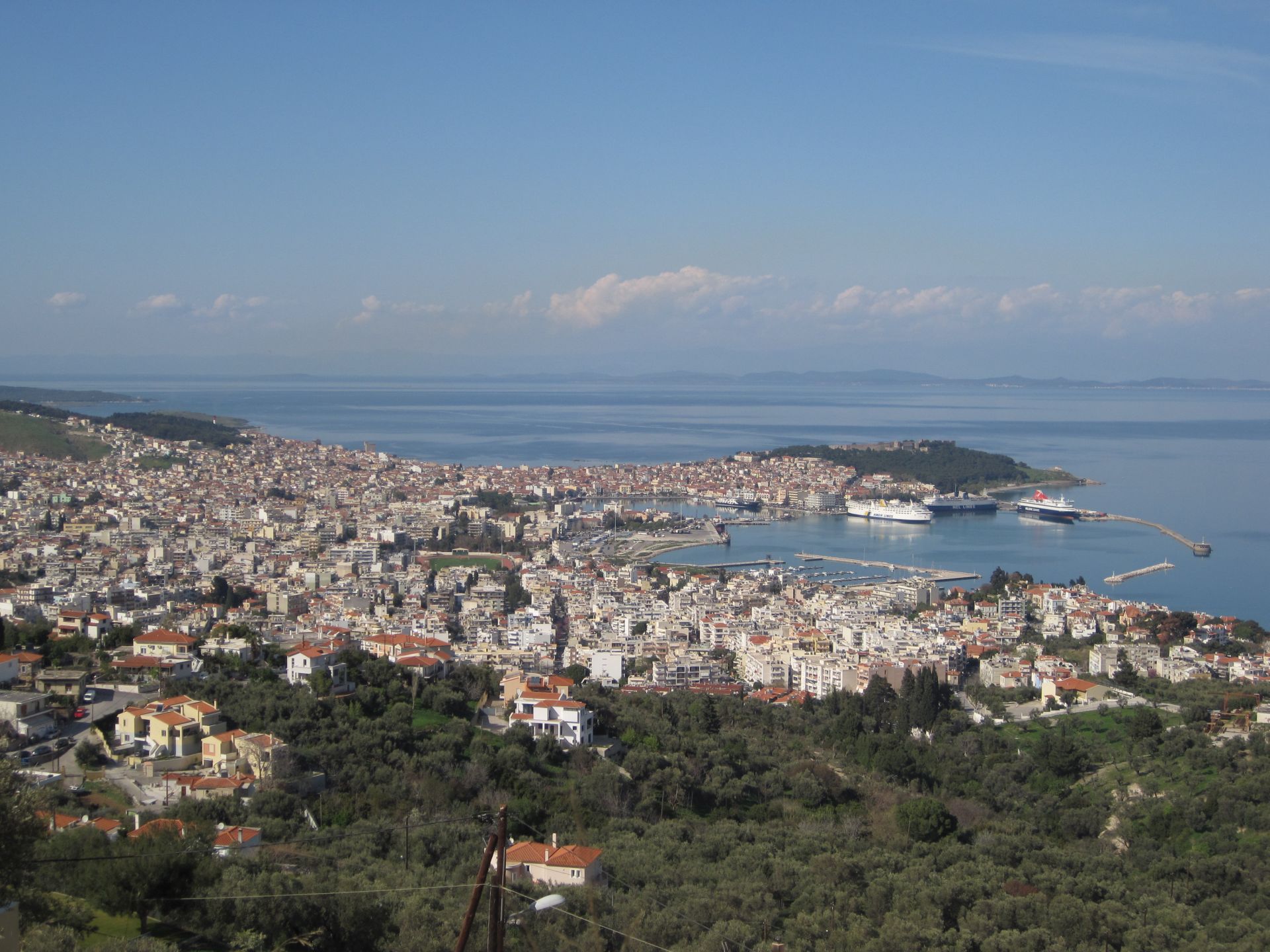 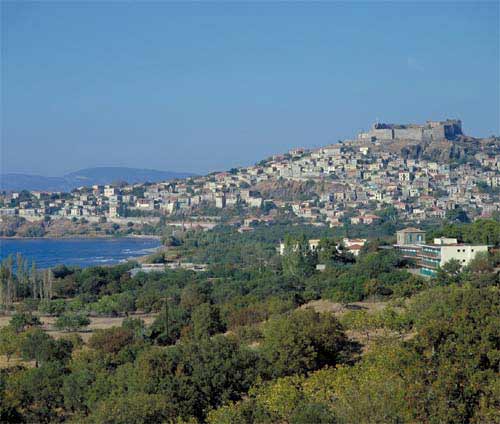 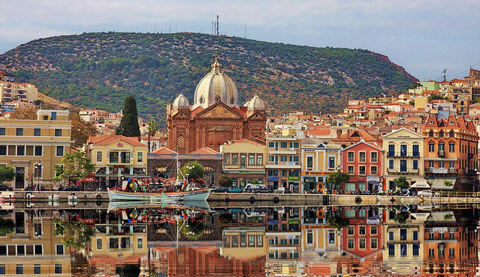 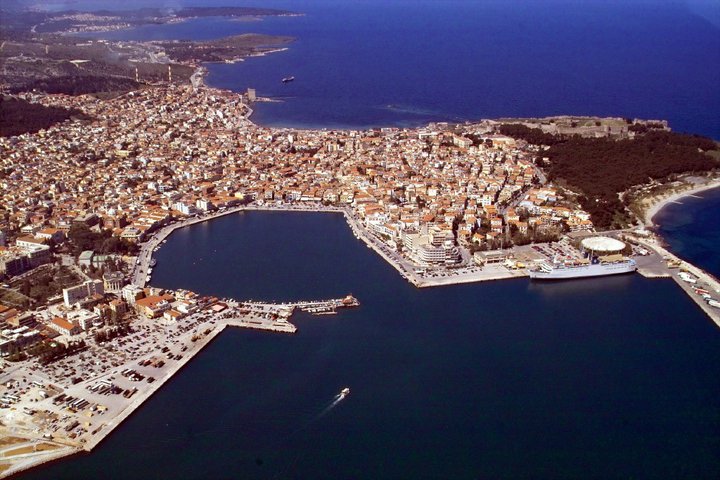 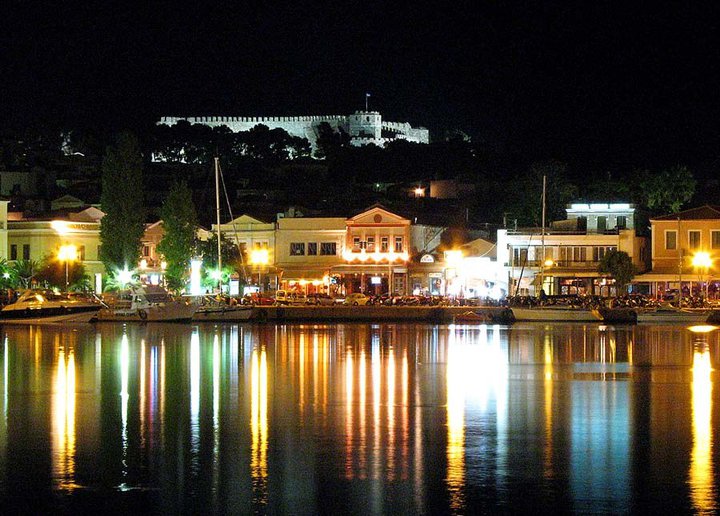 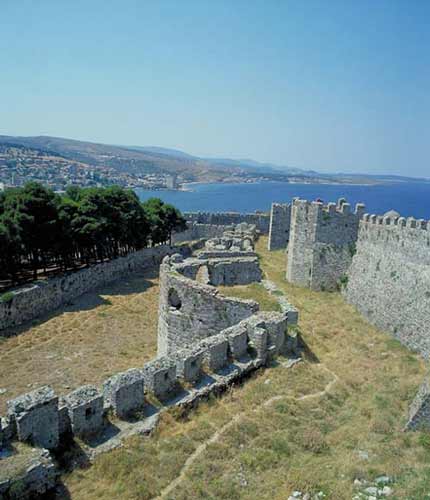 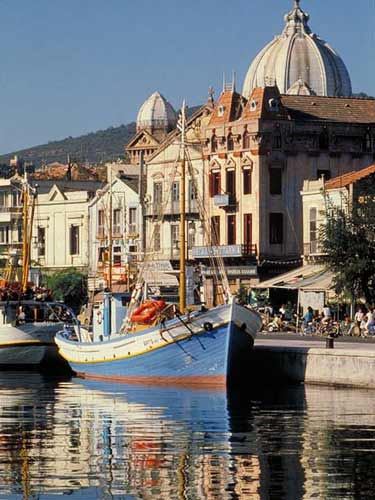 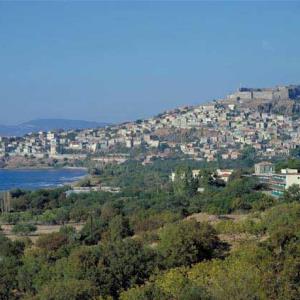 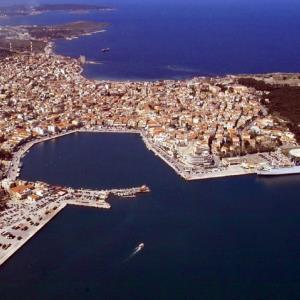 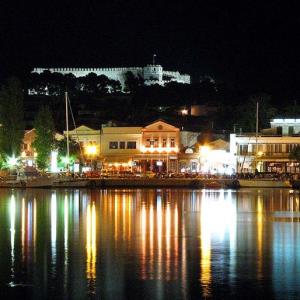 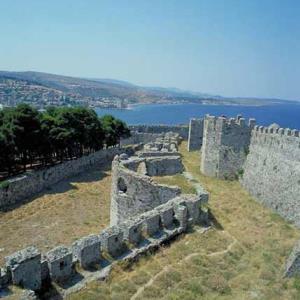 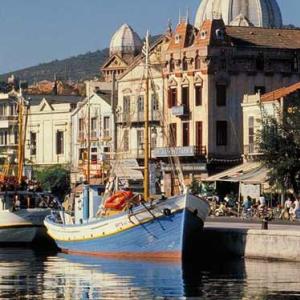 Located at the seaside of: