Like a replica in miniature of the majestic form of Mt. Taygetos, Mystras rises above the verdant valley of Eurotas. Historically, the site moves to the forefront after the Fourth Crusade, in 1204, when the crusaders establish the Latin empire (1204-1261) and other Latin states in the Byzantine lands they conquered. The region of Peloponnese was occupied by the Frankish knights and hence became the Principality of Achaea under the reigning family of the Villehardouins. William II of Villehardouin fortified Mystras and built the castle on the top of the hill in order to subdue the unruly mountain dwellers of Taygetos and to secure the defence of the fertile Lacedaemon. The castle had barely been completed when the Prince of Achaea, defeated by the Byzantine emperor Michael VIII Palaeologus at the battle of Pelagonia and made prisoner in 1259, was forced to cede as ransom to the Byzantines the three strongholds of Peloponnese, among them Mystras.

Mystras soon evolved into a major centre of the Byzantine empire, second only to the capital Constantinople. It was in Mystras, actually, that the Byzantine art and literature flourished for the last time before the spread of the Ottoman conquests in the mid-15th century. Mystras, the best preserved example of medieval walled town in the Greek region, fascinates the modern traveler with its castle, churches and the palatial complex of the ruling Byzantine dynasty, bearing witness to its bygone greatness. Private houses and mansions still standing today provide a rare source of information for the domestic architecture and urban planning of the late Medieval period.The 13th to early 15th centuries frescoes of Mystras' churches represent the peak that the Byzantine religious painting had reached: Some of the most important works of the 14th century will be found at Afendiko (Panagia Odigitria), Perivleptos includes a synthesis of rare aesthetic quality and deep theological significance, while at Pantanassa, the visitor is struck by the lengths to which the Byzantine painting has gone in respect of color range. This creative flourishing in arts coupled with the revival of the classical letters and especially philosophy was the cultural phenomenon that marked the late Byzantine empire, what has been called the "Palaeologan Renaissance". 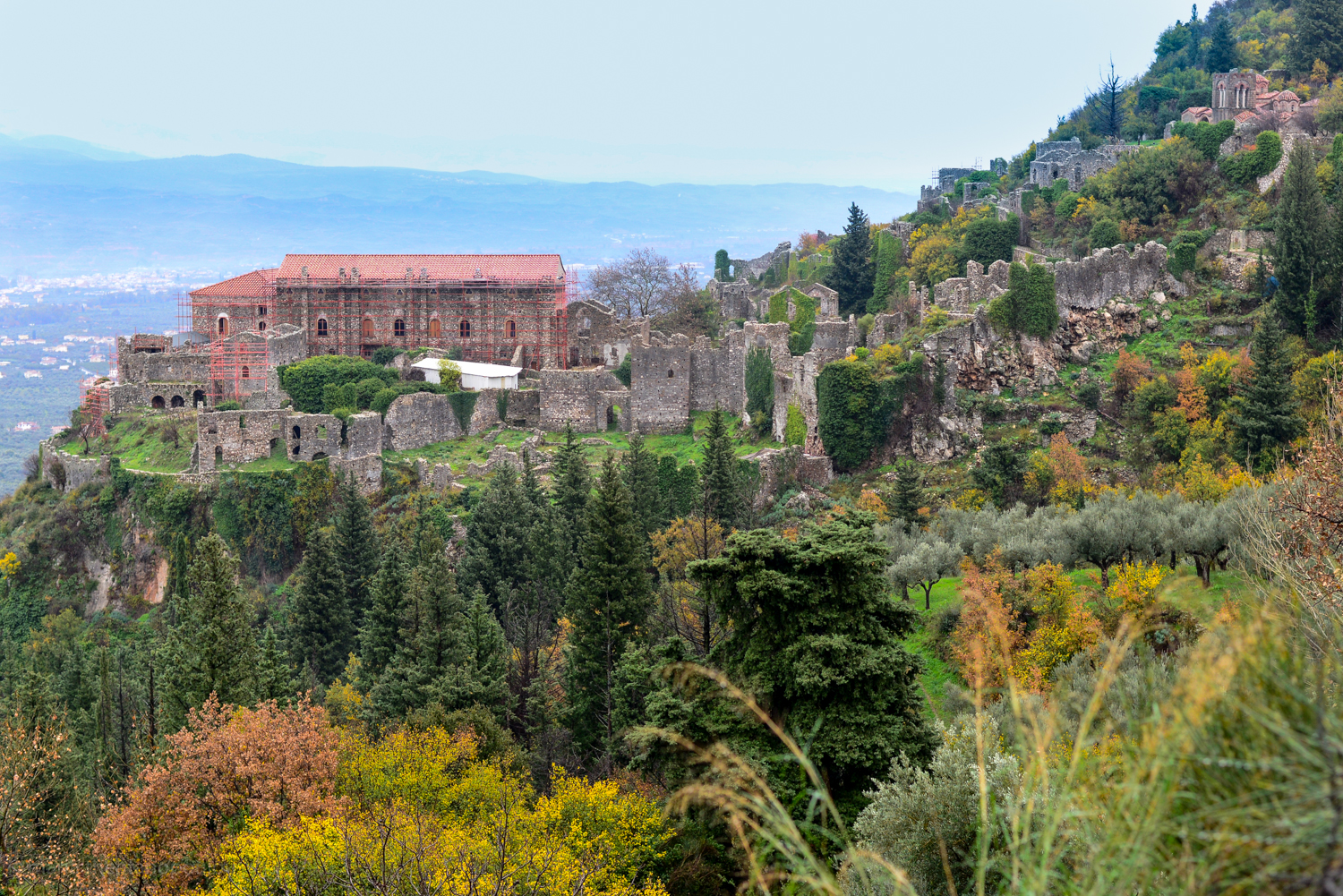 Displaying 10 out of 20 total photos found for MYSTRAS. 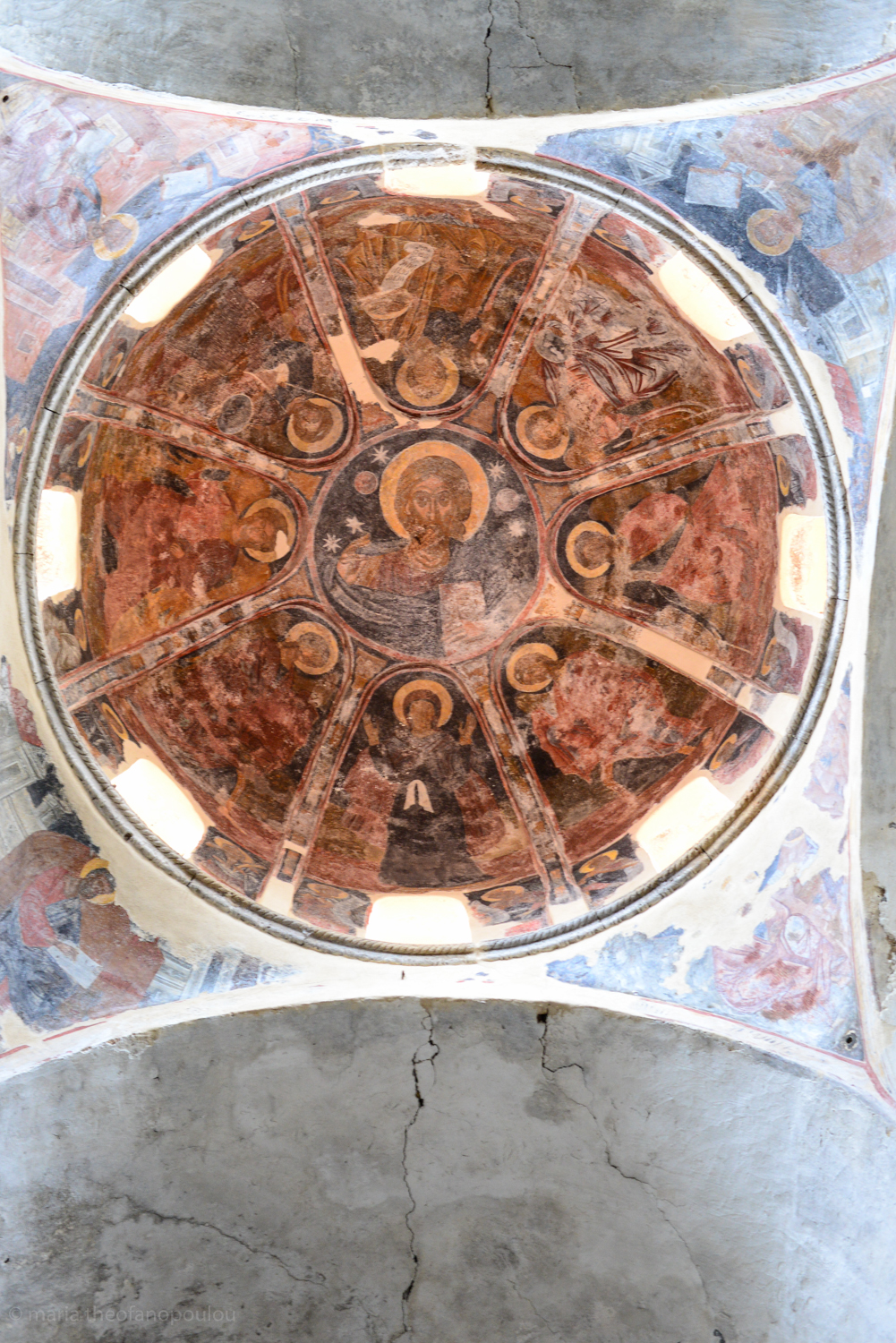 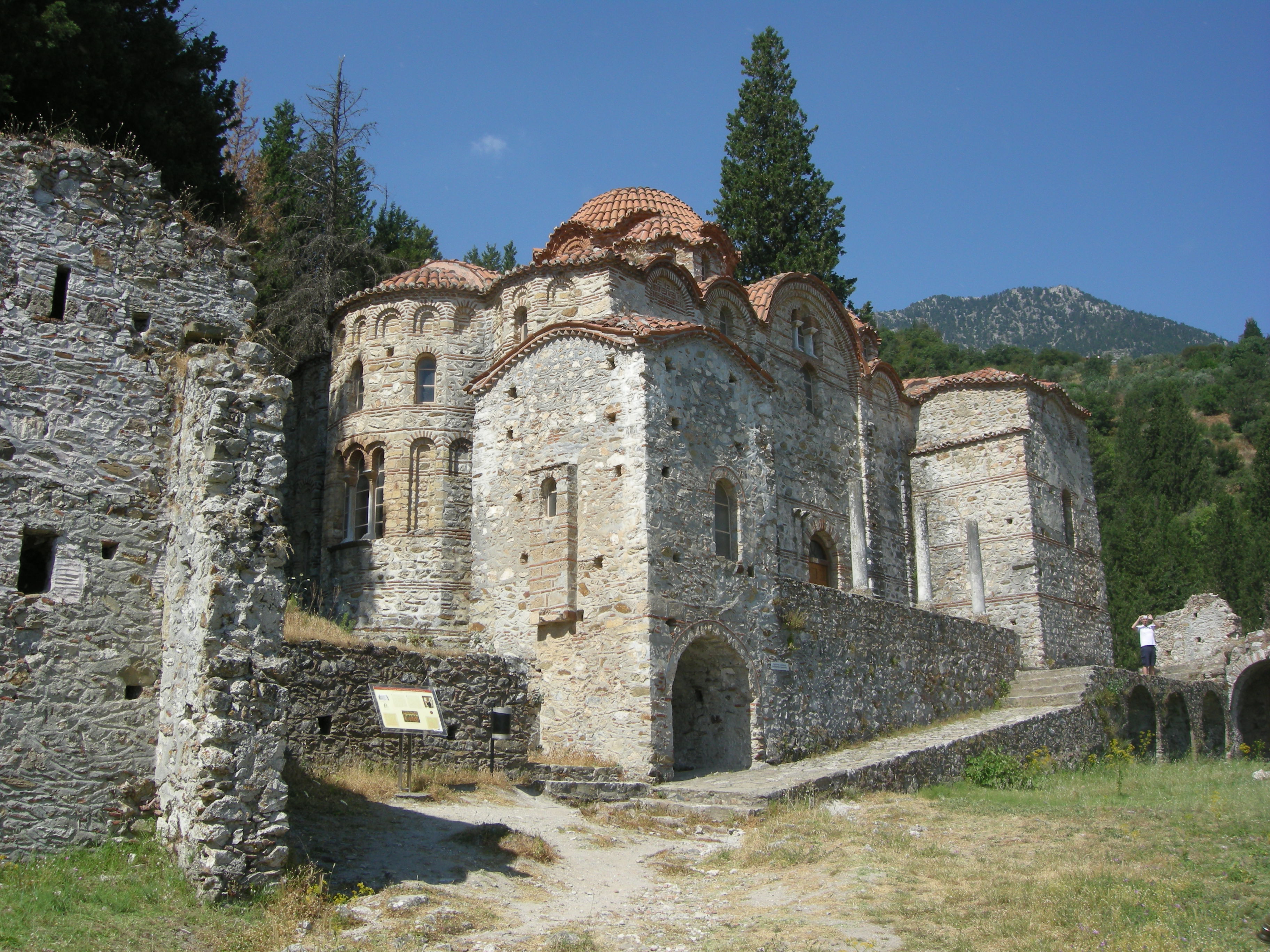 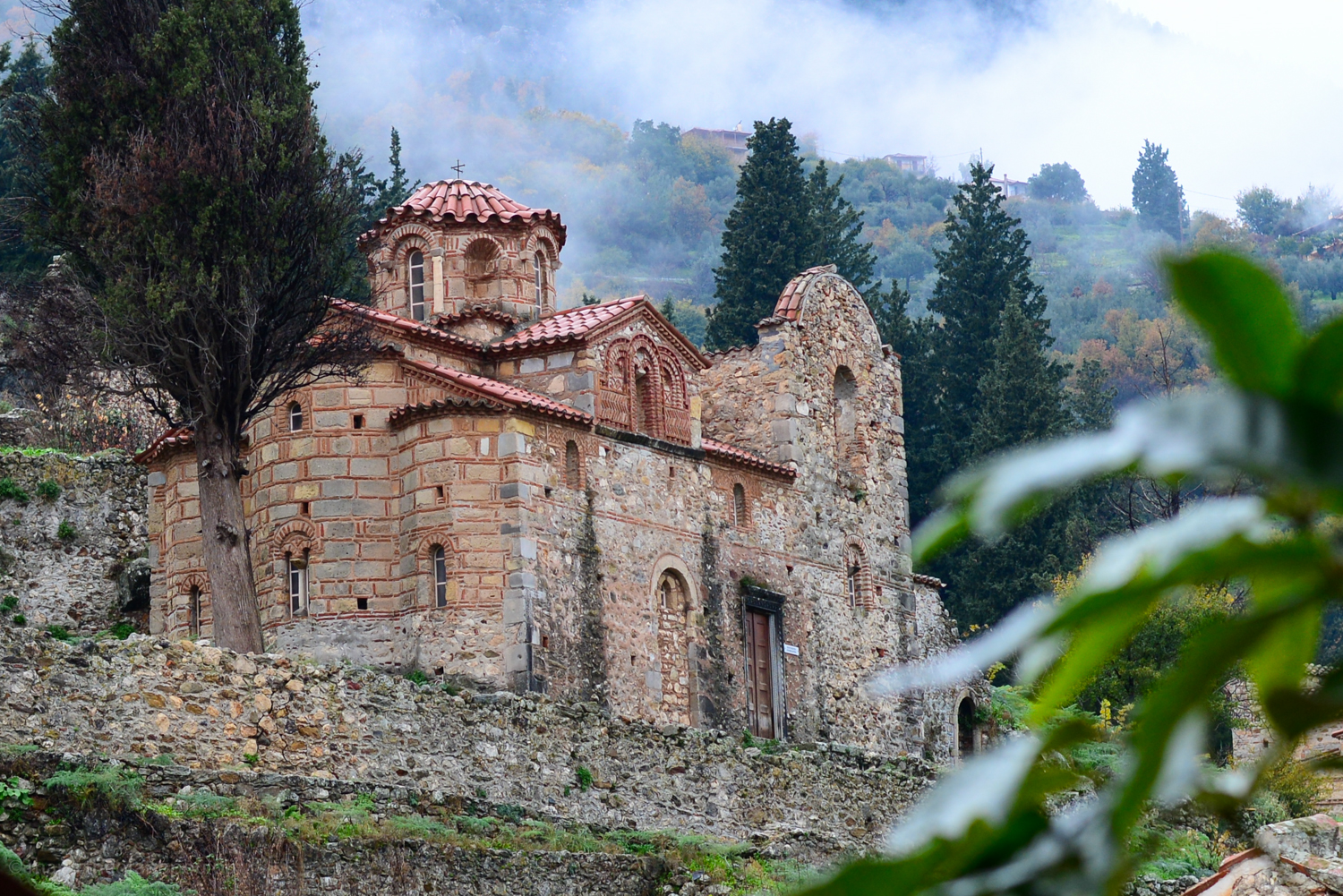 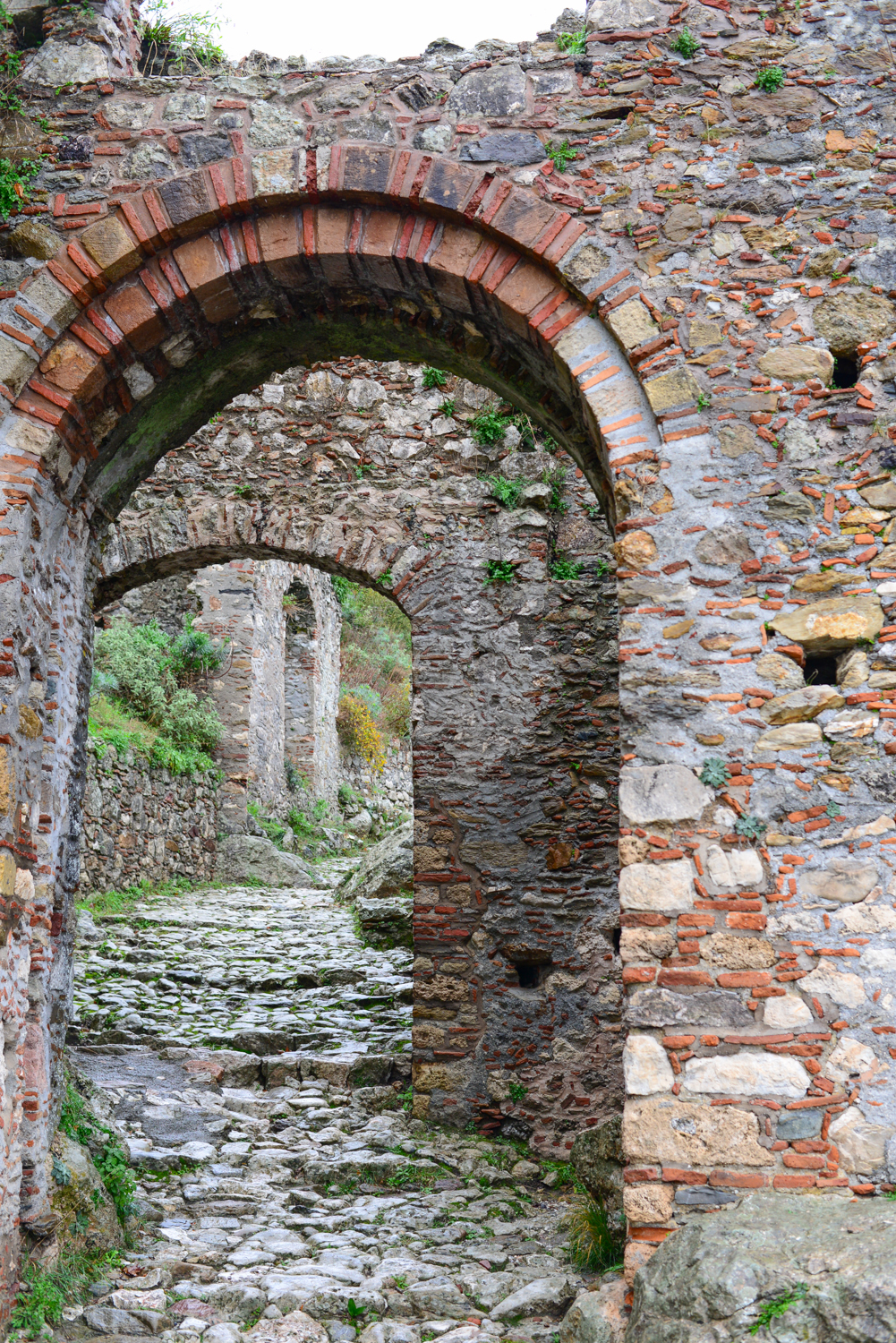 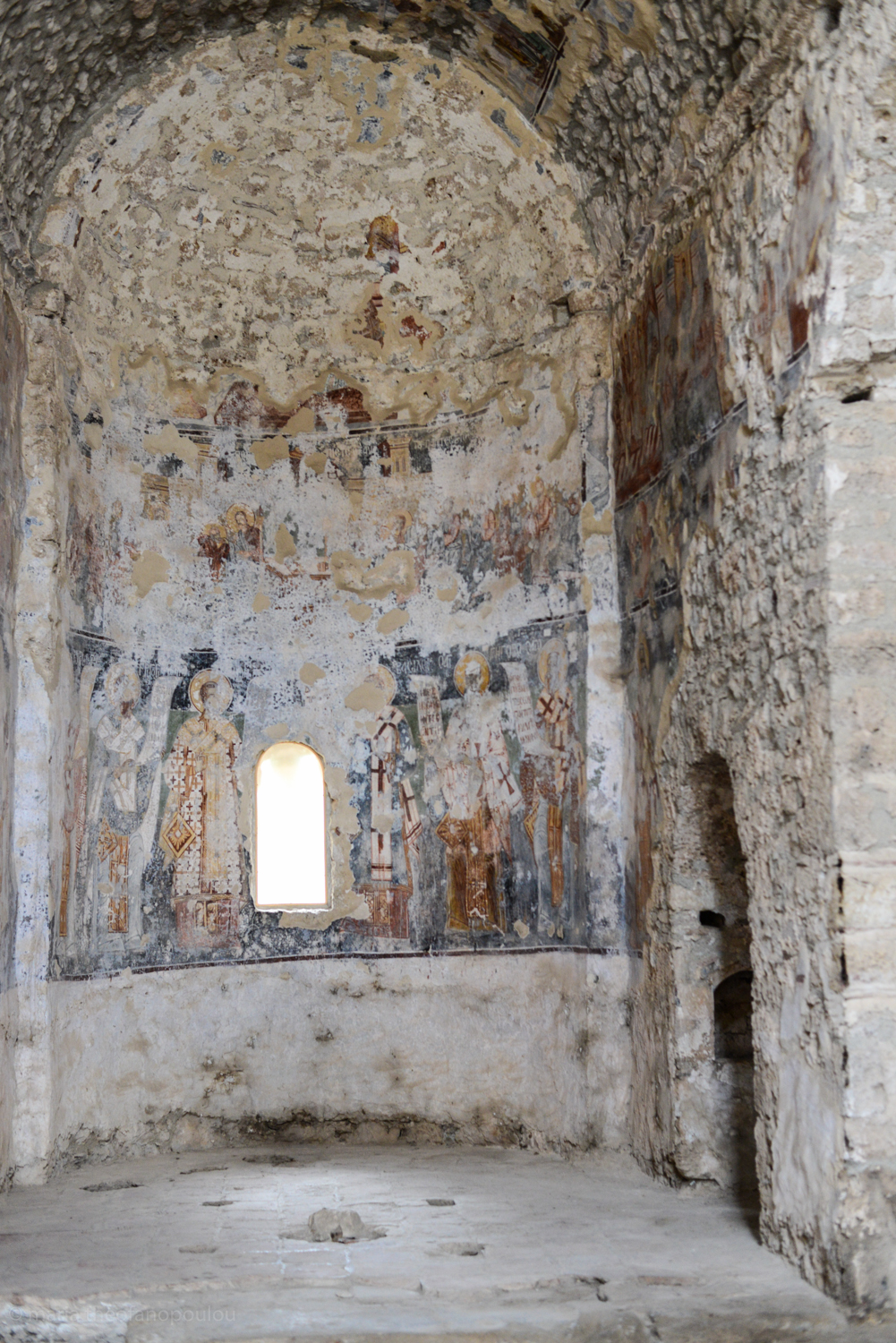 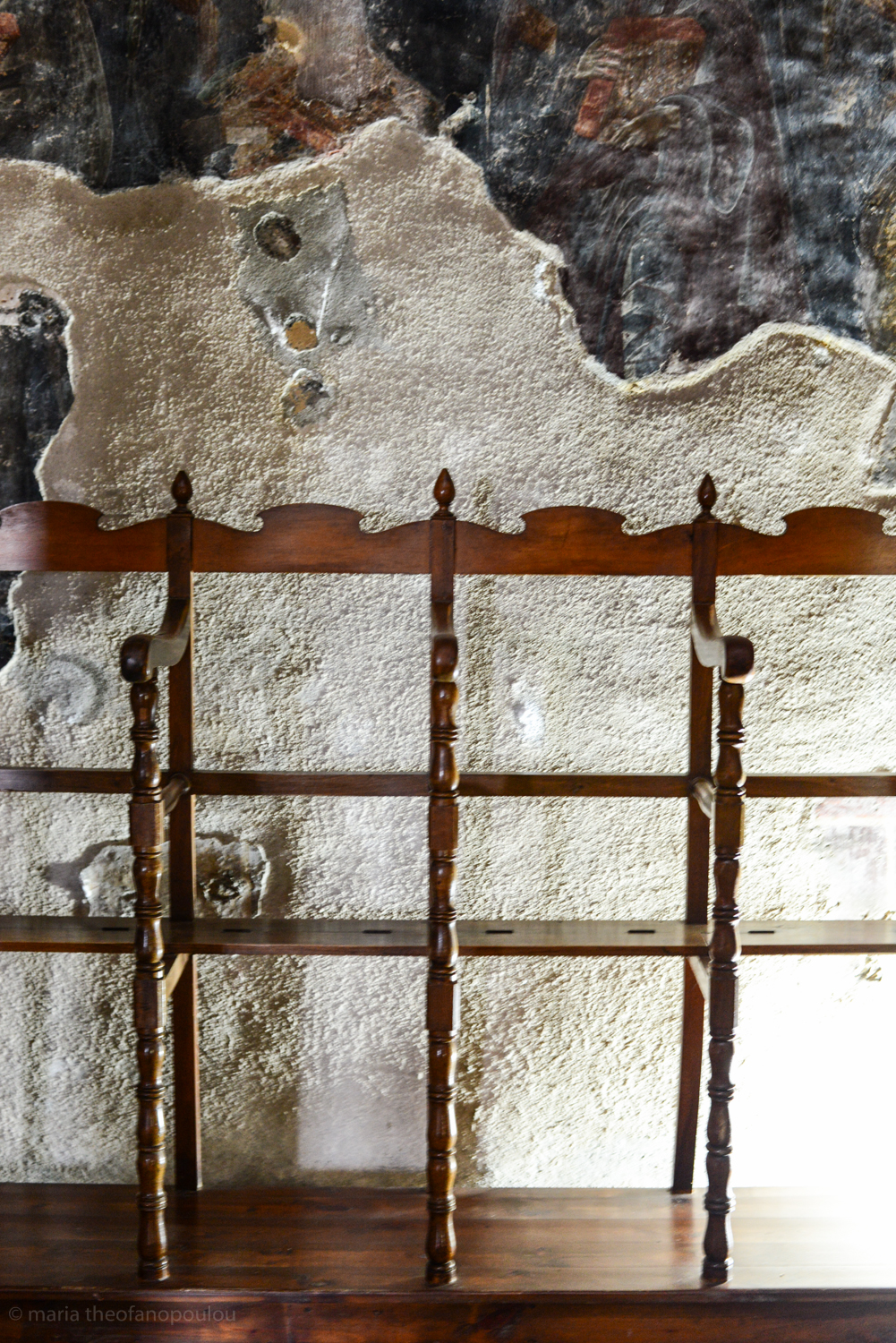 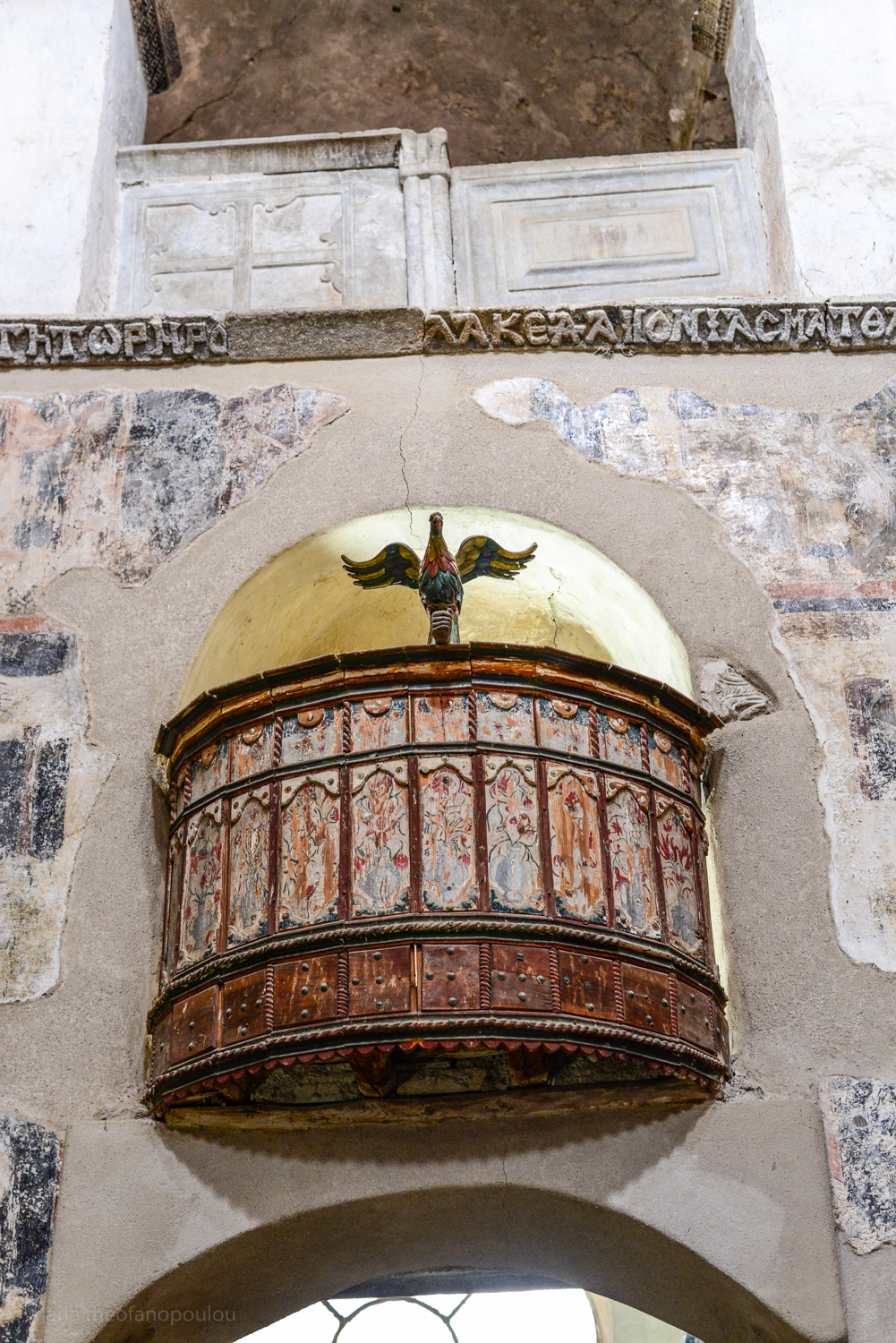 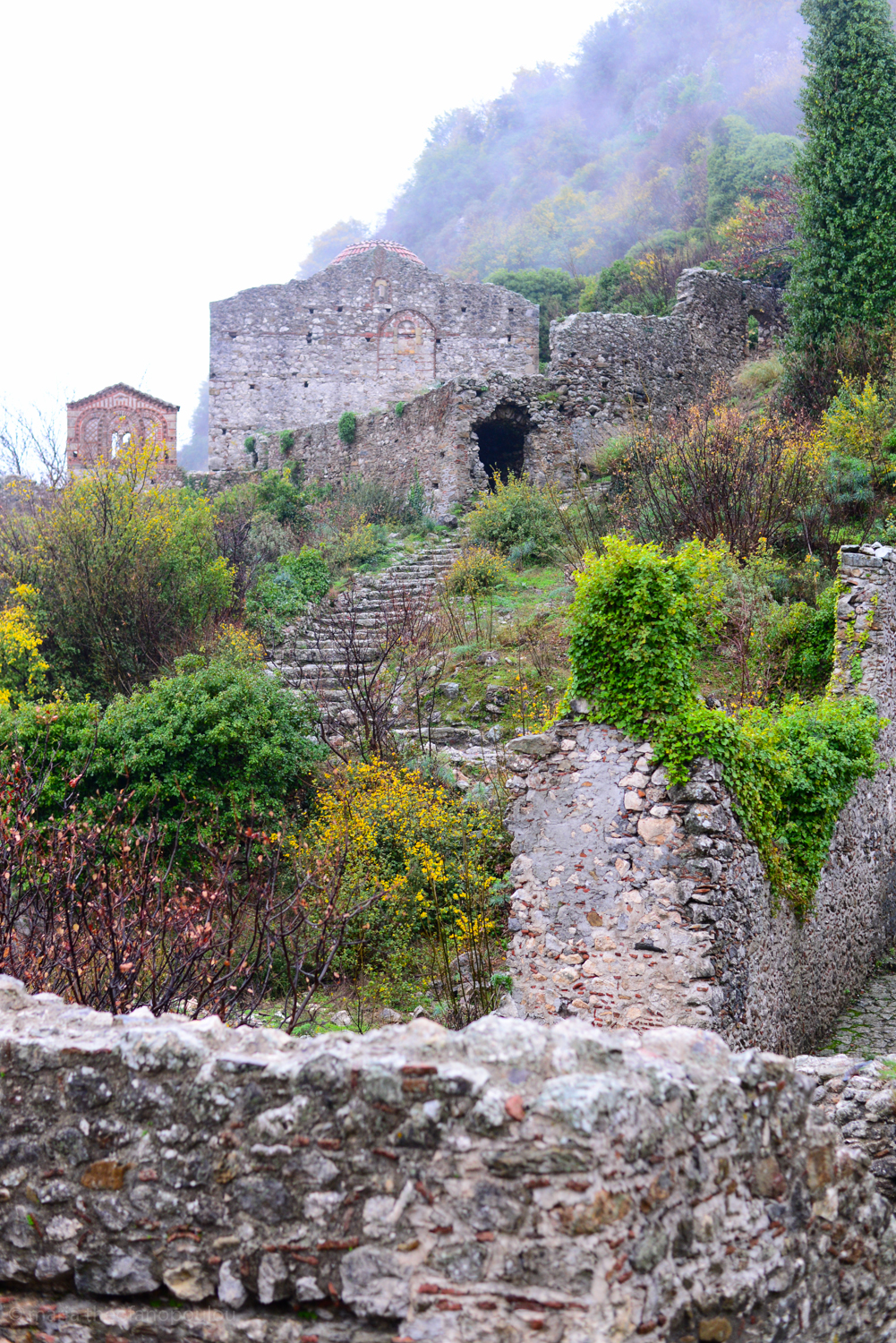 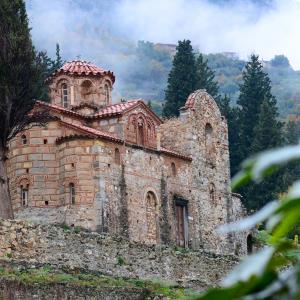 View all photos for MYSTRAS