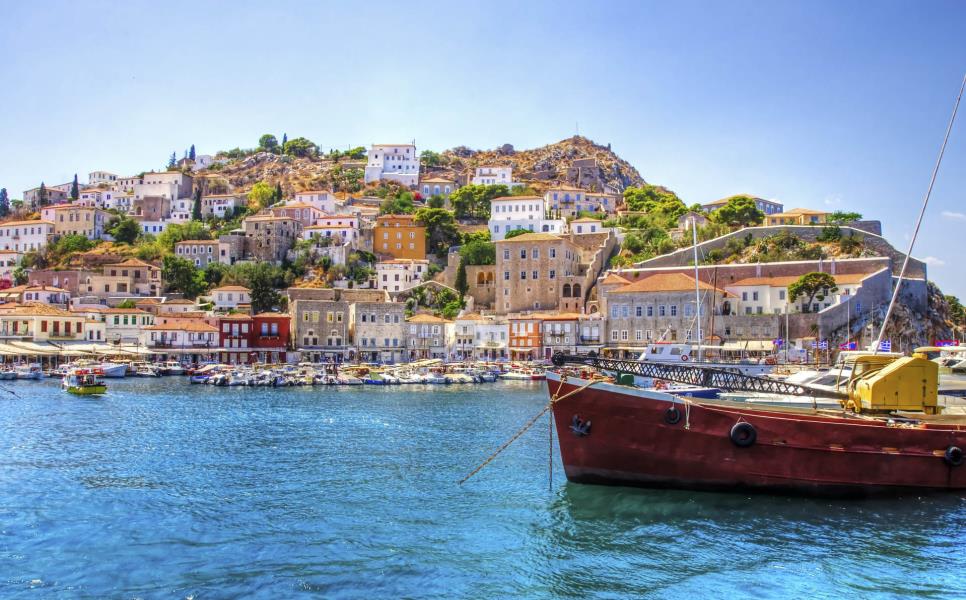 Hydra is a short hop from Athens, an austere island across the Peloponnesian coast with just one main community wedged like a glowing amphitheater into the rock.

The island is known the world over for its outrageously picturesque town, the subject of innumerable paintings, and for being a cosmopolitan holiday destination and choice of summer home for writers, artists, and refined jet-setters since the 50s. Through the decades Hydra has also made a name for itself as a uniquely stylish weekend destination that is totally car and scooter free. Clearly a blessing, though it does mean that most in-town destinations, many of which are uphill, are mostly or only accessible on foot.

Though not particularly diverse in flora and fauna, it has its own wild flowers and centuries-old olive trees to speak of, a scattering of swimming spots near the town (Spilia, Hydroneta, Avlaki, Kaminia and Vlyhos) some more distant beaches (Bisti, Palamidas and Kaoumithi) and coves (Nisiza, Klimaki and Limnioniza) accessible on foot or boat and a web of trails and paths that make it ideal for walking and hiking, occasionally through olive groves and the incidental pine tree grove.

As befits and island with a prominent role in Greek history - it is the birthplace of several leading political figures and boasts a leading role in the Greek War of Independence - there is more than a sprinkling of 18 and 19th century spacious mansions whose various shades of grey stone make them stand out among the maze of delicate whitewashed houses and cobblestone alleys that unfurl inwards from the buzzy harbourfront. Some of the mansions are open to the public, while other architectural gems have been converted into public offices, private residences, art galleries, or boutique hotels. The Deste Foundation for Contemporary Art, which holds site-specific exhibitions during the summer, is among the relatively recent additions to the island’s exciting international art scene.

The Hydra Historical Archive and Museum, the Ecclesiastical and Byzantine Museum, the Kountouriotis mansions.

The monastery of Aghios Nikolaos, which some say dates from the late 17th century.

Limnioniza, perhaps the island’s most idyllic beach, reachable by boat, sea taxi or donkey.
The harbor front cafes: sip your coffee or beverage of choice with a direct view of the mesmerizing to and fro of boats and people. 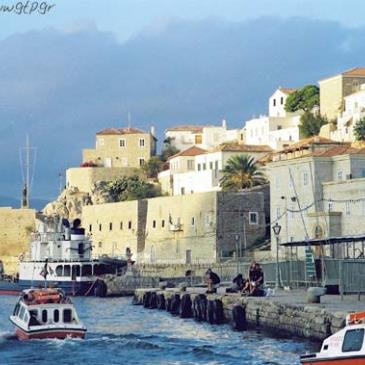 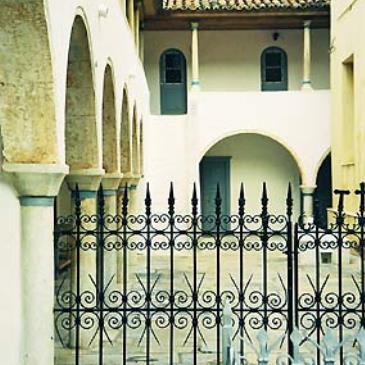 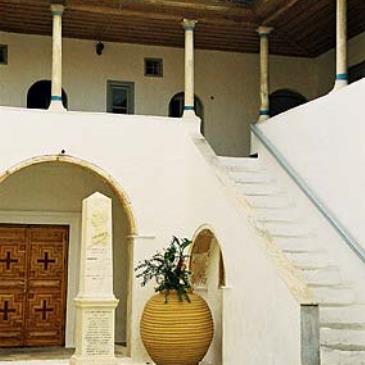 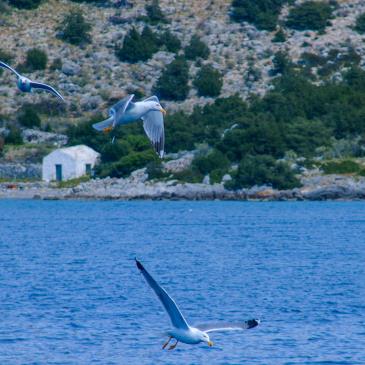 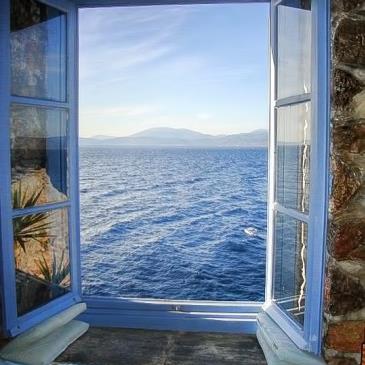 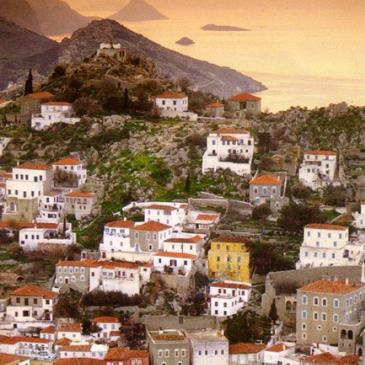 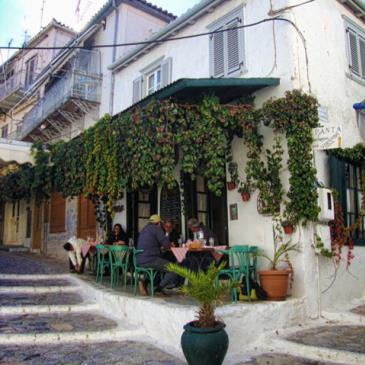 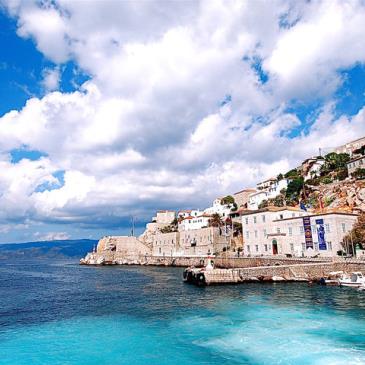 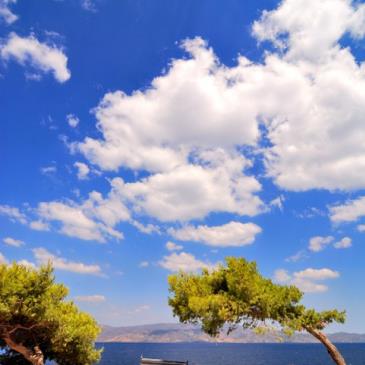 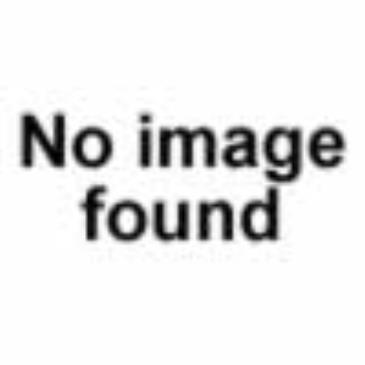