Karia is one of the most beautiful mountainous villages of Argolida County. It is also the largest one with 303 inhabitants according to the 1991 census. The village is the favourite resort to all those who live in Argos, as they have the opportunity to enjoy the snow during winter. And it is only 20 kilometres away!
The village was first built on the top of Prophet Helias. Later, the locals decided to move lower, as the cold was intolerable. During the Greek War of Independence of 1821, Karia suffered the anger of Ibrahem.
Nowadays, the locals deal with cattle-raising, vineyards and olive trees. At the centre of the village, there is the elementary school, a stony building that ‘hosts’ few pupils, who still live in Karia. Do not forget to visit the ruins of the old watermills. They are signs of the glory that was.
(text: Alexis Totsikas)
This text (extract) is cited March 2004 from the Prefecture of Argolis tourist pamphlet. 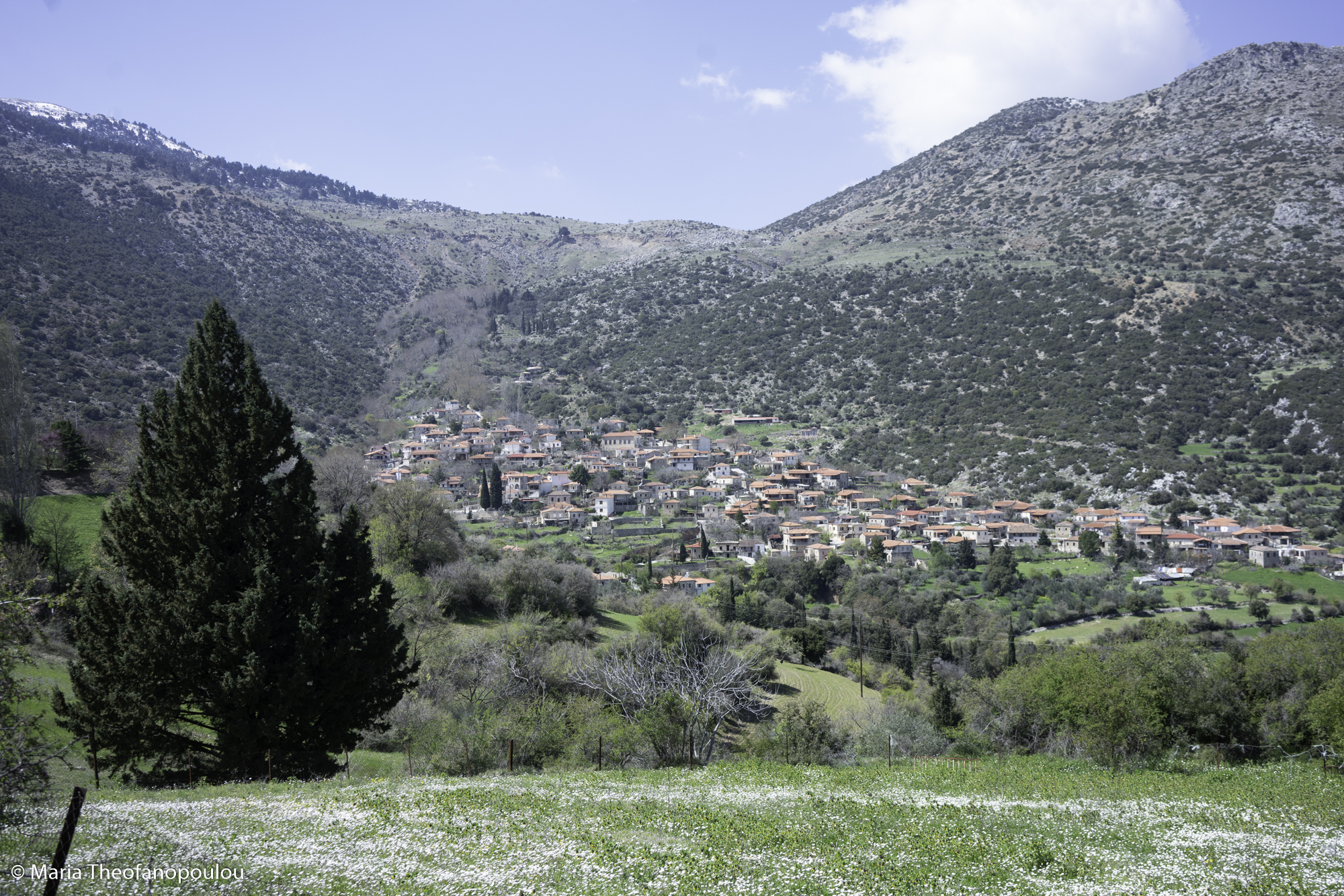 Northeast (NE) at the sides of: ARTEMISSION Mountain, LYRKIA , GREECE