(68 km northwest of Preveza and 50 km northeast of Igoumenitsa).
Known in antiquity as Parageiros, Paragia and Hypargos - form which its present name derives - Parga was in later times a possession of the Normans, who built the fortress in the fourteenth century, and subsequently of the Venetians and the Turks. During the period of Venetian rule it enjoyed significant privileges and considerable affluence, constituting a bridge between Ottoman-held Greece and Venice. In 1797 it came under French suzerainty and in 1814 passed to the British, who then sold it to Ali Pasha. To escape subjection to this cruel despot the Pargans fled to Corfu (1819), not to return until the hour of freedom came on 23 February 1913.
Parga is perhaps the most enchanting city in the prefecture of Preveza and one of the loveliest in Greece. Like a delicate noblewoman lying nonchalantly in the shade of the mighty medieval fortress, the town of Parga with its narrow cobbled streets leading up to the castle-crowned hill and its island charm, has the atmosphere of another age. The vista from the castle of the open sea, the well-formed bays and the densely vegetated islet of Panaya with its picturesque little chapel, is breathtaking. Of great interest is the local vernacular architecture with two - and three - storey houses, wooden balconies and tiled roofs. Dotted among them are lovely churches, folk-art shops - on the main street up to the castle - numerous restaurants, tavernas, bars and coffee-shops - particularly on the quayside. The town teems with life and movement.
(text: ELENA PALASKA)
This text (extract) is cited July 2003 from the Prefecture of Preveza tourist pamphlet (1996). 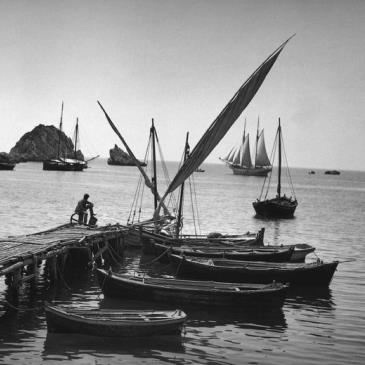 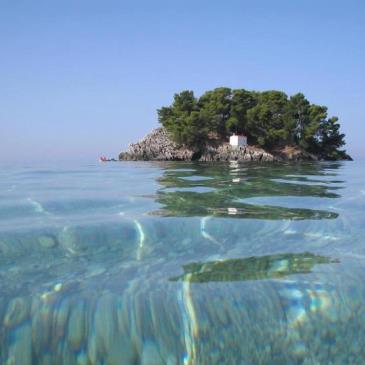 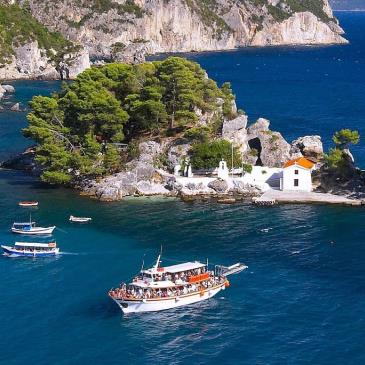 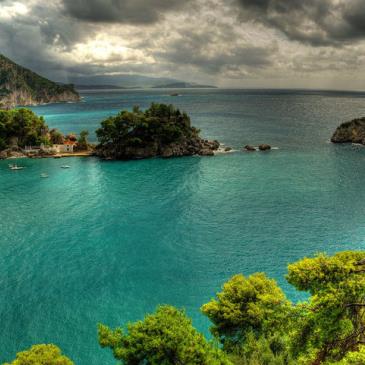 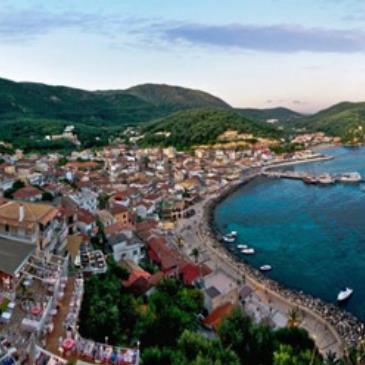 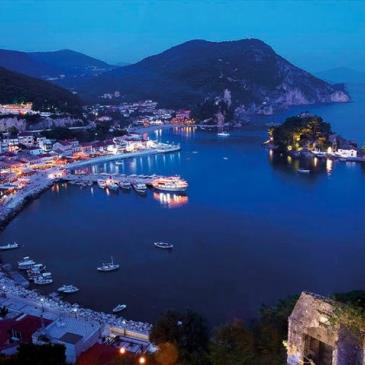 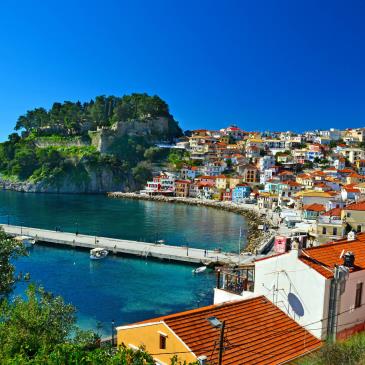 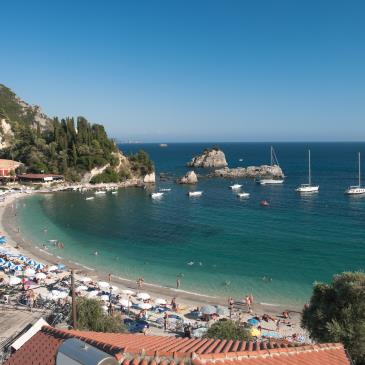